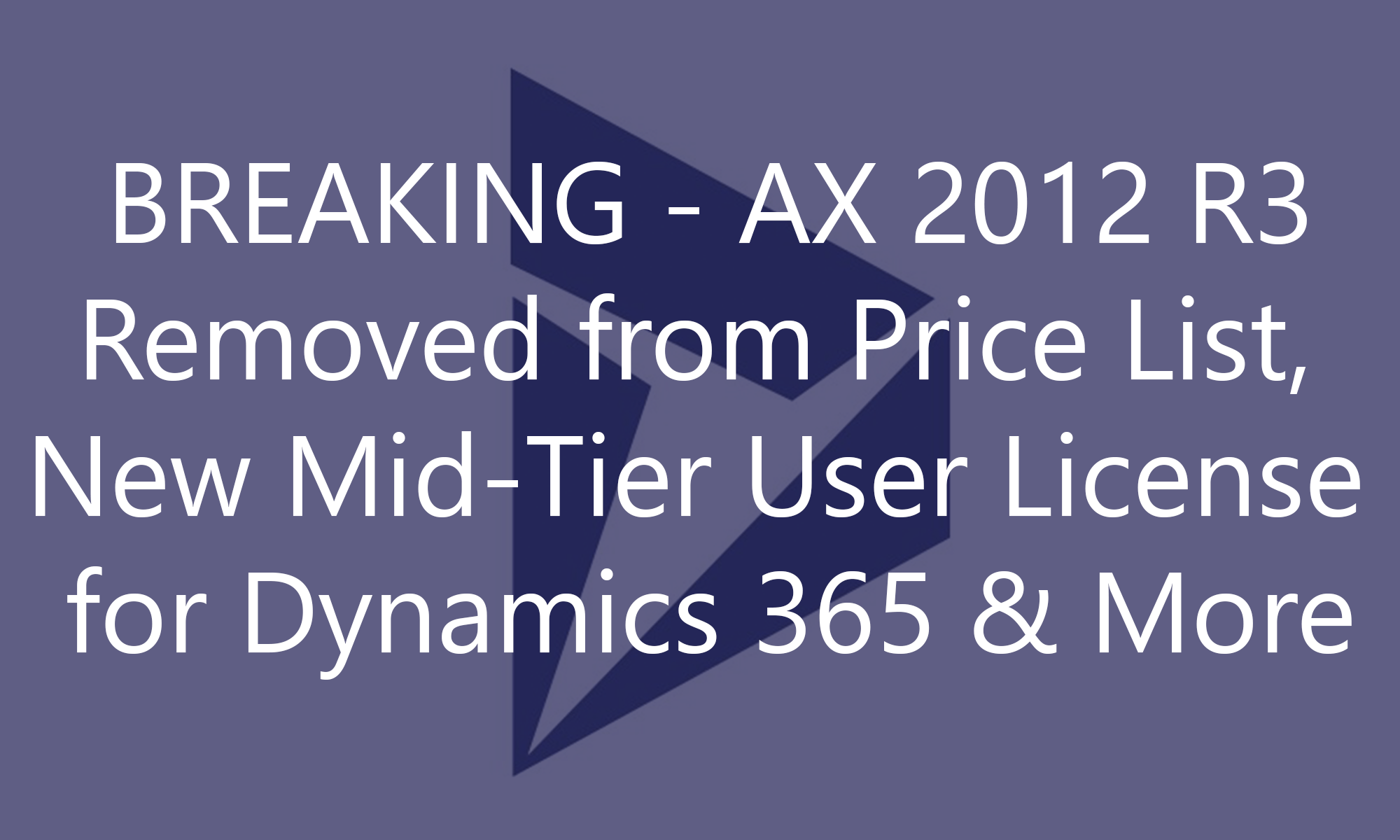 Effective July 1, 2017, AX 2012 R3 will no longer be available for new customers. While the news is not unexpected, the timing is sooner than most anticipated. What does it mean for you?

One can easily anticipate that by establishing a single solution set (available on premise or in the cloud), the development focus has officially shifted solely to Dynamics 365. What does this mean for AX 2012 customers?

To add to your information overload, Dynamics 365 for Operations Platform Update 5 was recently released. There are some changes in development and customization, as well as personalization. Check it out here.

Considering an upgrade to Dynamics 365 for Operations? Contact Ellipse Solutions to begin!